RIDING TIP: When to ride to avoid a crash

RIDING TIP: When to ride to avoid a crash 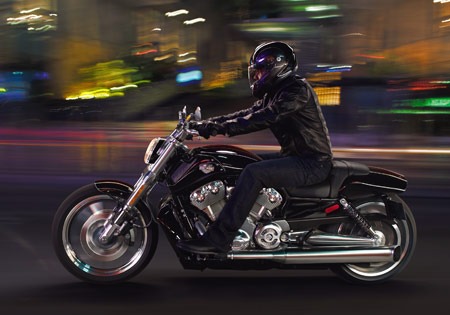 RIDING TIP:  Best and Worst Times to Ride According to the 2019 Arizona Crash Facts Data

We revisit the 2019 Arizona MVD Crash Facts to glean some information about the best and worst times to ride according to the crash data.  Our caveat from the previous article applies to this piece as well.  Since we are unable to understand vehicle-mile-traveled (VMT), we don’t necessarily understand rate, so we’ll be looking at whole values.

Also, we will be limiting the data review to a timeframe of 6am to midnight as we think most people in general will be restricting their riding to that 18 hour time period during the week and on the weekend (eyeing those separately).  We will also be looking at two pieces of the data; general crashes and fatal crashes. 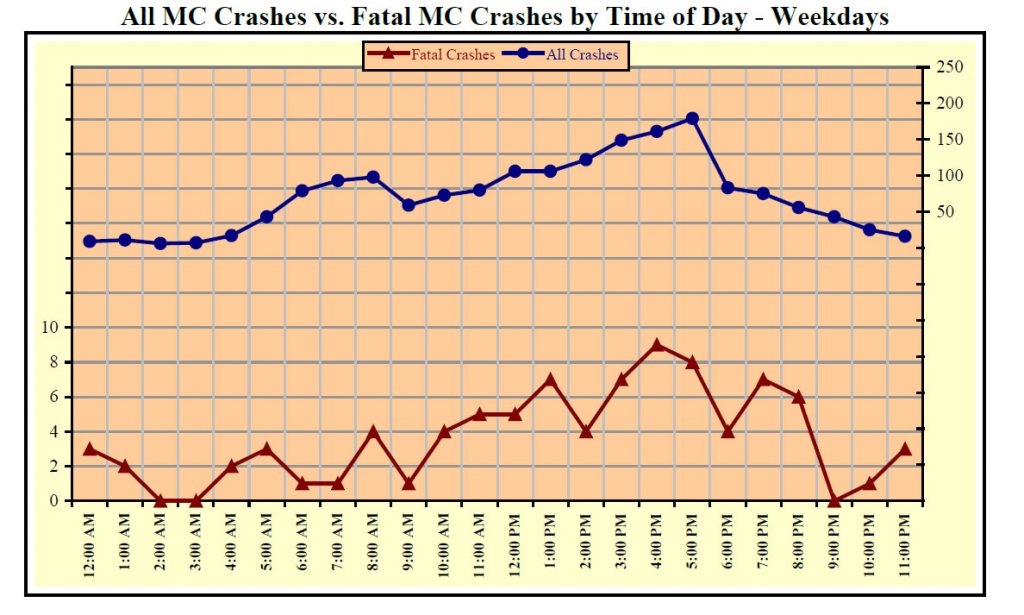 Looking at the data and we see an interesting trend.  General crash peaks and fatal crash peaks do not coincide.  This has us asking the question…why not?  We could make some assumptions, but we couldn’t say with accuracy.

Fatal crashes tell us a slightly different story.  We are seeing the best time to ride in the morning is 6am/7am, and the best time in the evening being 9pm.  On weekends, it looks like 6am to 9am and 9pm are the times with the least amount of fatal crashes.  The day to ride to avoid fatal crashes looks to be Tuesday with Monday a close second. 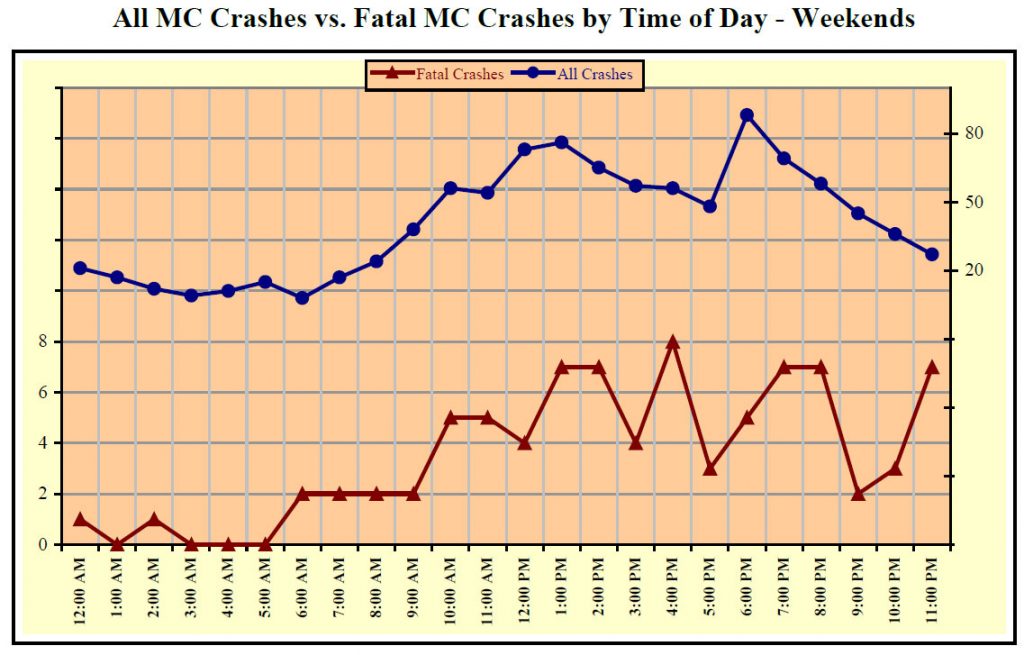 Clearly the worst time to ride during the weekday is at 5pm with 4pm a close second.  The fatal crash data almost mirror this fact.  During the weekend, we see a spike in 6pm crashes with the peaks in fatal crashes occurring over a wide spread:  1-2pm, 4pm, 7-8pm, and 11pm.

The worst day of the week to ride is Saturday with Friday a close second as it pertains to all crashes.  We do see Saturday and Sunday as the major days for crash fatalities.

WHAT COULD THIS MEAN?

Again, we are making some massive leaps of inductive reasoning, but we think due to our experience and general knowledge of motorcycling, we can safely say the following is at play here:

What assumptions did you draw from the data.  What does your experience tell you? 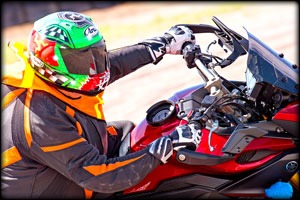 Bill Seltzer has been a Motorcycle Safety Foundation RiderCoach since 2003 and a Total Control Advanced Riding Instructor since 2011.  He currently serves as the Marketing Director for TEAM Arizona and is a member of the Arizona Strategic Highway Safety Planning committee.  Have questions or comments about the article?  Email him: Bill@MotorcycleTraining.com[/md_text]