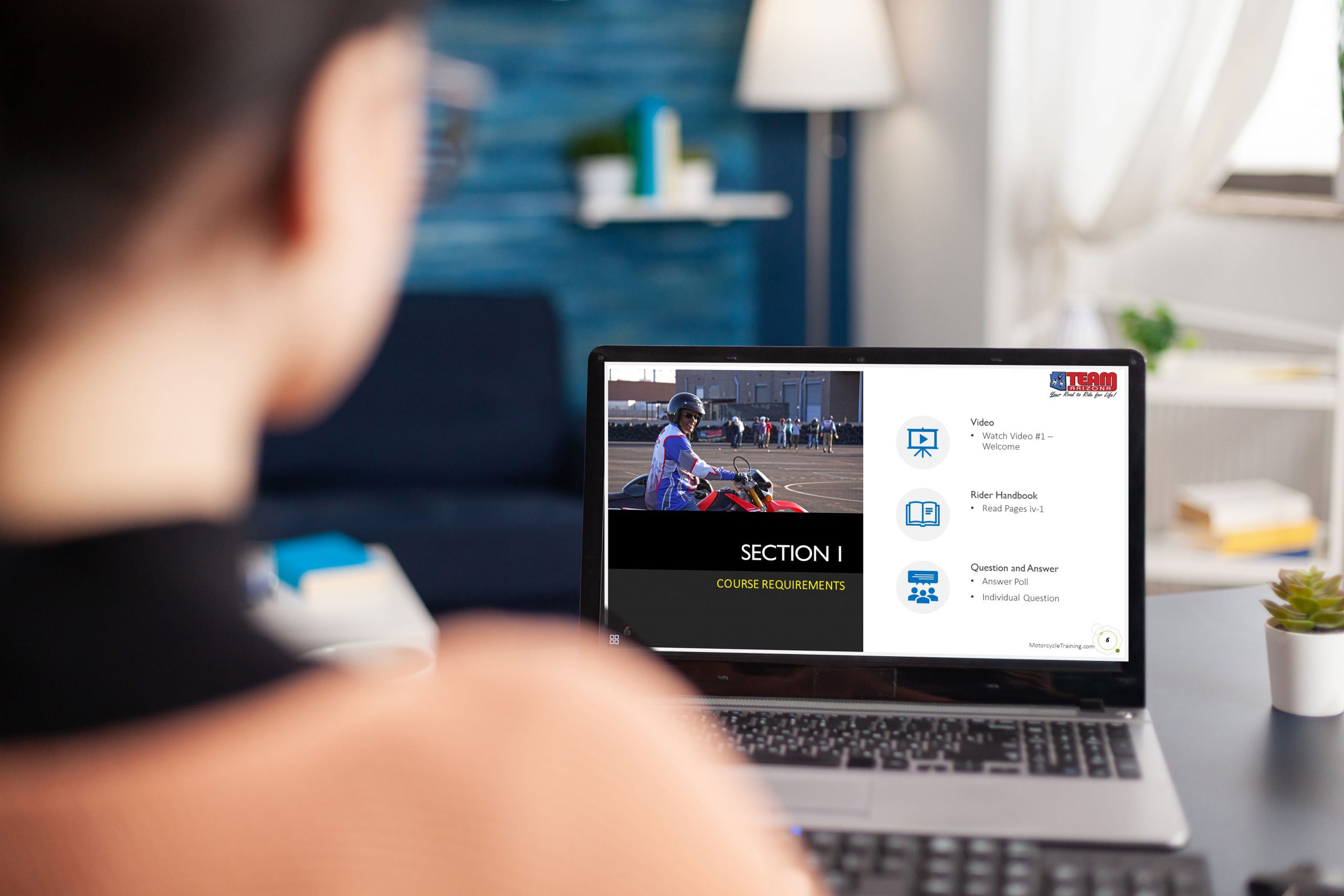 When confronted with a problem, an organization can wilt under the weight of the situation or it can choose to innovate and develop a solution.  When confronted with the challenging new business landscape Covid presented in March 2020, TEAM Arizona chose to move forward with technology never-before-seen in the rider training industry.  Within a year it trained more than 1,000 participants with that new product.

When Covid-19 afflicted the world, it soon became apparent that businesses in Arizona and around the world would have to find a way to meet customer expectations in new and innovative ways.

For TEAM Arizona, we were left scrambling for a solution that would enable our participants to meet virtually so they could complete the classroom portion of the Basic RiderCourse.  No solution existed in the  rider training industry that would meet the requirements of all constituents involved (Arizona Motor Vehicle Department, Motorcycle Safety Foundation, etc).  Therefore, TEAM Arizona had to develop its own solution.

After a brief but intense period of researching various online classroom platforms, it was decided TEAM Arizona would use GO TO Training. This platform offered the stability, flexibility, and mix of features necessary to build out an online classroom product that would meet the needs of everyone involved.

Part of the solution required a series of eleven videos to be produced.  The school leaned heavily on the talents of RiderCoach Trainer Andrea Johnson to be in front of the camera to deliver the content for each of the videos.  In just two jam-packed filming sessions Andrea was able to deliver perfection.   Her clear, instructive voice–married with previously shot motorcycle riding specific examples–meant we had everything we needed to move forward.  Within a very short three weeks, the school was able to create, shoot, edit, and post produce all eleven videos.

As the technology was new to everyone involved, we knew that testing was paramount to delivering a seamless experience for our participants.  Several hiccups appeared, including a few technological gremlins that kept the developer, Bill Seltzer, awake for thirty-six hours straight in some instances.  After several weeks of testing, the program was ready to be launched.

On May 24, 2020, a mere sixty days after it was decided by TEAM Arizona owner Ron Arieli to move forward with developing an online classroom, the school launched its first class to a class of just seven individuals.  The course went relatively smoothly, was well received by all participants, and the decision was made to expand the number of participants to twelve for subsequent sessions.

Initially all courses were performed by RiderCoach and product developer, Bill Seltzer, but it quickly became obvious the demand was too high for just one RiderCoach to meet the needs of our customers.  RiderCoach Eli Riggins-Smith came on board and quickly became a workhorse.  He led a large number of the online classrooms while Bill certified more coaches to deliver the online training.  RiderCoach Joe Correa and RiderCoach Brian Dudo followed.  Currently there are three more coaches in the mix to become Online Classroom certified by the end of August.

As of June 30, 2021, TEAM Arizona trained more than 1,000 participants with the Online Classroom product and looks to strengthen the offering with tweaks and updates before the end of the year.  We consider this to be quite the accomplishment and a clear indication we take seriously our mission to be the premier rider training organization in Arizona.